I absolutely love this doll from Monster High. She is definitely my favorite so far!

This doll came out of the package with perfect hair, which never happens! It’s thick and soft with beautiful hues of lavender and teal blue. She also has awesome tattoos. The doll was included in a set with three other outfits. 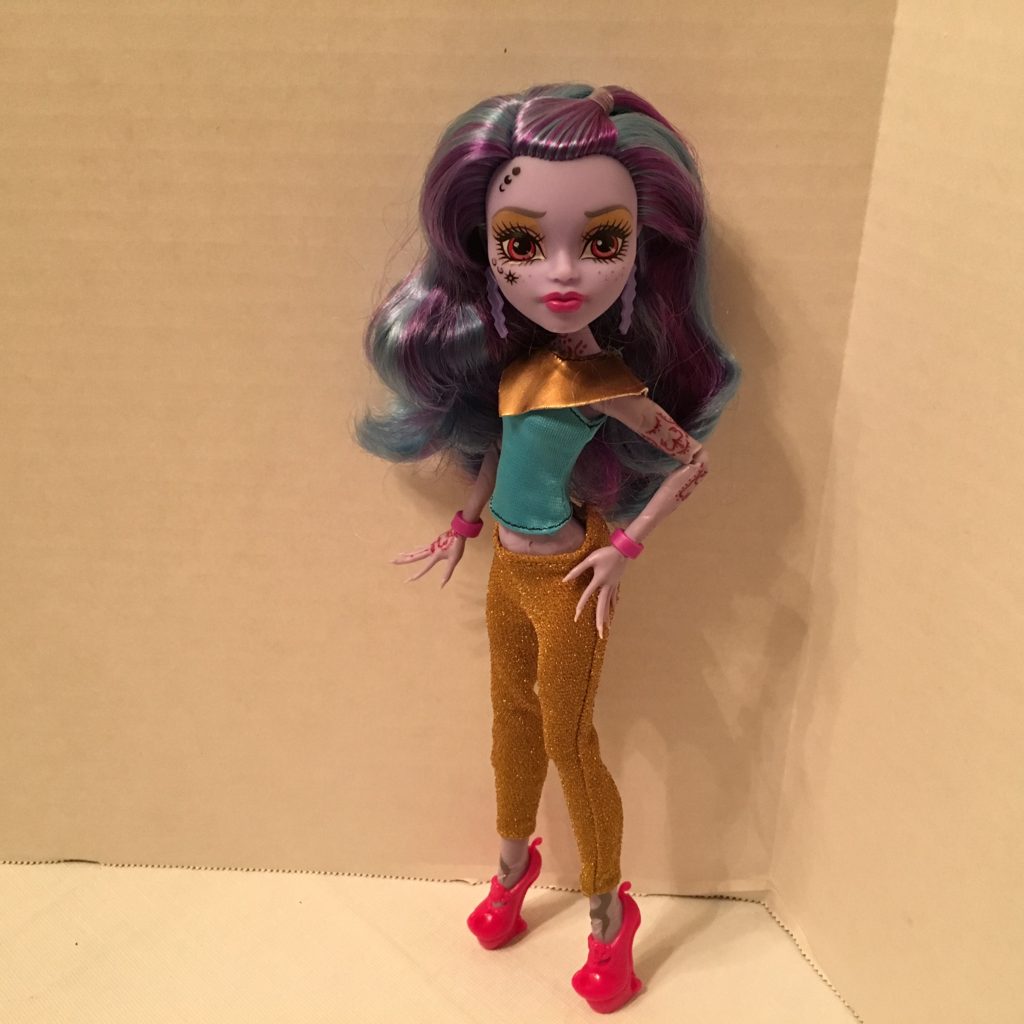 In the Monster High series, Djinni “Whisp” Grant was created to be the friend of Gigi Grant. They’re considered twin sisters, as Whisp is the manifestation of Gigi’s shadow. Later, Whisp is made into a full-fledged djinni.